We had so much fun throwing a circus for Excellence in the Community at the Gallivan Center last summer that we're doing it again!  This time we're taking the party to the Viridian Center in West Jordan, Utah, on May 9. 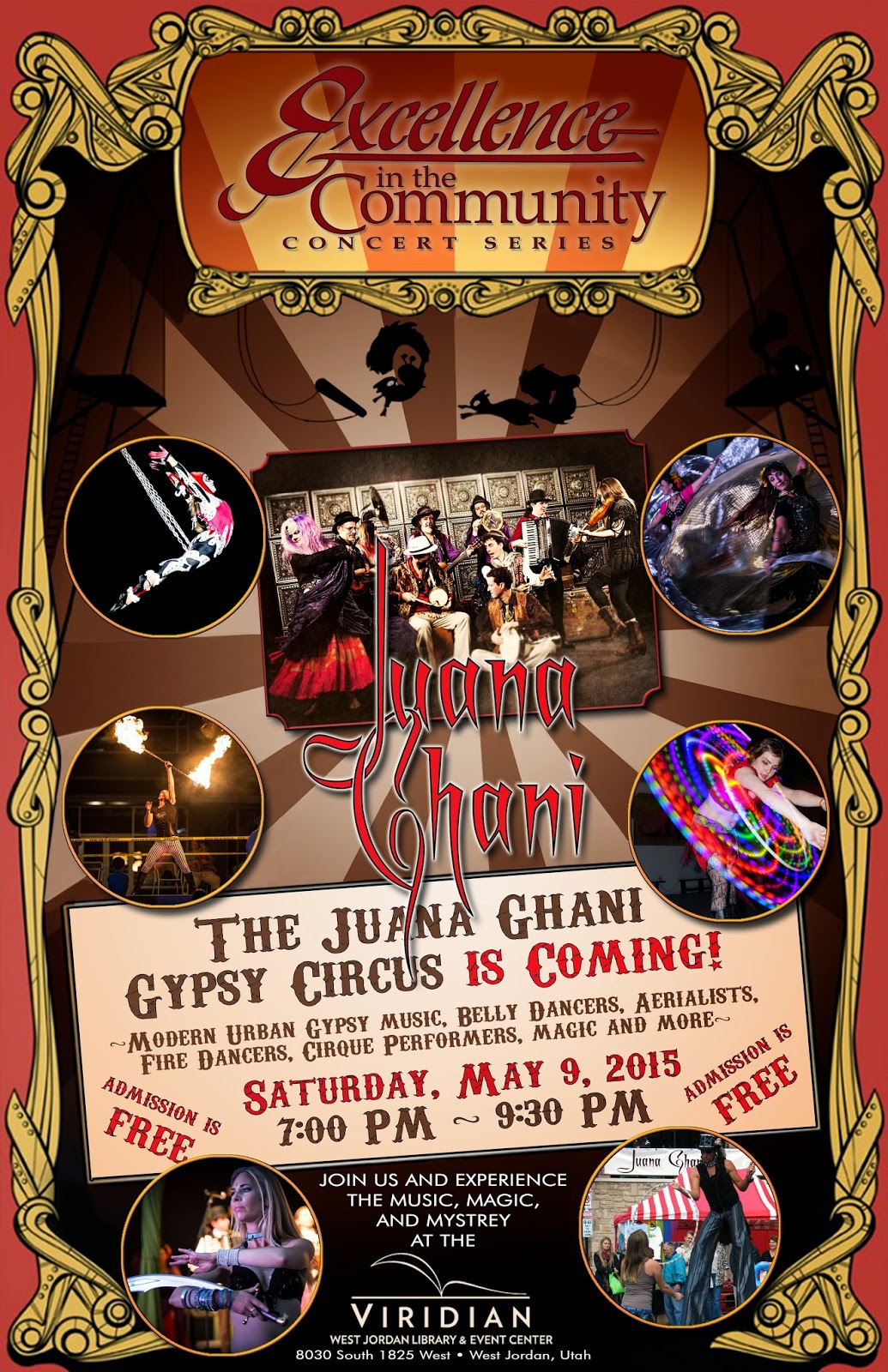 Utah-based Juana Ghani is a 10-piece acoustic Gypsy rock band that mixes original compositions and traditional world folk songs, infusing them with punk energy and theatric sensibility to create a cabaret-meets-rock-n-roll feel. Accompanied by belly dancers, aerialists, fire dancers, and cirque performers, Juana Ghani puts on a raucous and charismatic show, drawing influences from such Gypsy/World punk troubadours as Gogol Bordello, Firewater and Viza – all with a poetic balladry likened to that of Tom Waits and Nick Cave. Juana Ghani’s Gypsy Circus is more than a concert; it is a show. And Juana Ghani is more than a band; they are a community.